16 Songs by Raimond Valgre For Accordion

(The book includes 16 pieces with CD)

Raimond Valgre (7.10.1913 – 31.12.1949) is one of the most famous and beloved Estonian composers. He wrote almost 100 songs that are all brilliant and hold a very special place in people’s hearts. He was greatly inspired by jazz music that found its way to Estonia in the beginning of 1920s. Most of his songs talk about love: either finding or losing it. He was a member of numerous ensembles, where in addition to playing piano, guitar and drums, he also had the opportunity to play his favourite instrument – accordion. Raimond Valgre’s life has been captured in a biographical movie called „Those Old Loveletters“ as well as in a play „The Calling of the White Road“. His work has been used in several Estonian movies. Although his life path was short and hard, his music finds its way to a listener’s soul and touches it deeply.

Arranging and recording Raimond Valgre’s music, the way I understand it, has been my desire for a long time. Now you too have the possibility to listen to it. As an accordionist I know the instrument inside out and that is why I intended to use different technical and musical ways to surprise you. I wish you enjoyable exciting, listening and discoveries! 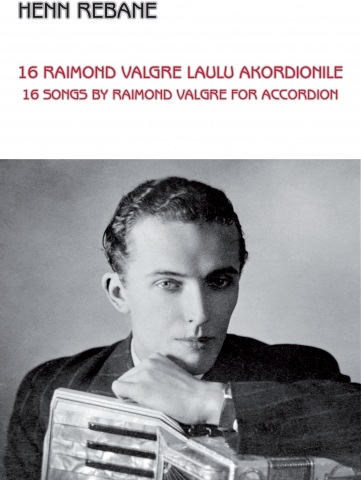