"Accordion Album" is hopefully something for every friend of accordion. The book consists of three parts:

"Playground" is for younger players - both in its character and level of difficulty. However, one can also use several pieces together to compose "suites for children". For example, "Whistling", "While the Organ Is Playing", "My Chinese Friend" and "Little Rona" would perhaps sound nice as a whole. There are of course other possible combinations. Some pieces have two versions - a simple one and a more demanding one - so that the level of skills would not be in the way of deciding what to play.

"Album Sheets" are appropriate for more advanced players. Beginning with a bit serious moods, you will then move forward to music with influences from the whole wide world of accordion. "Floating" and "Runaway" are written for a free bass (B.B.) accordion, but can also be played by a regular standard bass (S.B.) instrument. While playing the triplet bellow tremolo in the middle part of "Sambossa 5", notice the allocation of beats in a bar - 1-2-3, 1-2-3, 1-2 - something for you to chew on!

"Chat Room" is music for an ensemble, and not necessarily for accordions only! You can use instruments of your own choice. "Simple story" sounds good played together with a violin. Also, "Runaway" is more interesting with a flute. Be creative!

I have also recorded the music found in the "Accordion Album" on a CD, on which you can hear my versions. 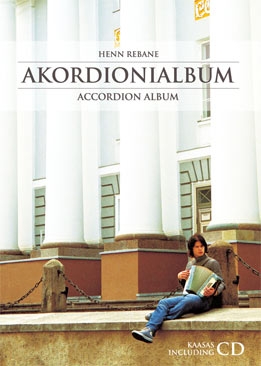